Medical Breakthroughs That Changed The World 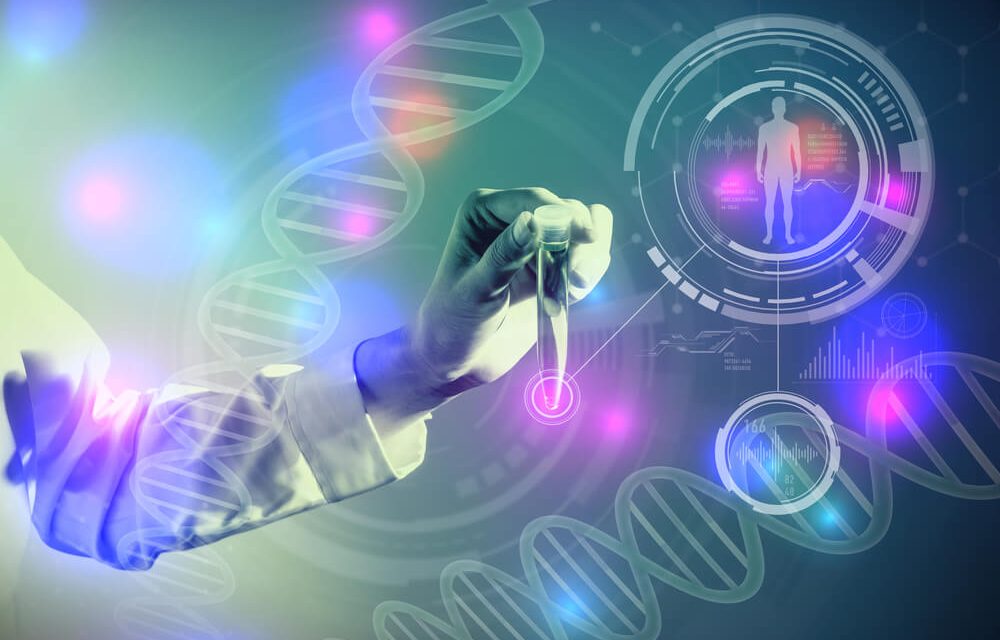 Medical Breakthroughs That Changed The World

Medical science is among the most progressive fields worldwide. There have been serious medical breakthroughs that changed the world. This has either solved problems with alternative procedures or created new solutions to historic problems.

The breakthroughs have played a major role in many of these medical changes. Technology is an essential part of new medical inventions.

This article will look at some of the most significant medical inventions that shaped the history of medicine.

These Medical Breakthroughs Changed The World For Good

A stethoscope amplifies sounds produced by the heart and lungs. In 1816, the French physician René Laennec invented this instrument.

He couldn’t judge one of his patients’ heart rates because the patient had too much fat on him. So he created a tube with trumpet-shaped holes that amplified the sounds coming from the body. The principle of sound amplification has yet to change.

Before then, doctors employed a crude way of listening to heart sounds. Placing their ears on the patient’s chest proved inefficient. Thanks to the invention that has made it easy.

Medical thermometers today measure the temperature of a person. Gabriel Fahrenheit was the first to invent the mercury thermometer in 1714.

Galileo created the first device to measure temperature in the 1500s, which used the simple principle of density change in temperature.

Mercury is being phased out due to its poisonous nature. This has made digital thermometers more common.

We know X-rays as photons of short wavelengths and high frequency. They can pass through solid materials like skin, wood, rubber, plastic, etc., but no water or metal.

Different materials absorb x-ray photons to different extents. Thus, getting an “image” of tissue density is easy. Medical imaging uses wavelengths of about 500 times smaller than microwave frequencies. So they don’t damage DNA.

X-rays are particularly useful in imaging the thorax (chest), abdomen, and pelvis. They are essential in detecting tumors, infections, abscesses, etc. It’s important, especially in bones, lung disease like pneumonia, or heart disease that lead to a heart attack.

Thanks to Dr. Charles Pravaz and his counterpart Dr. Alexander Wood. These two came up with this breathtaking investigation in the mid-1800.

There were various crude ways of administering medicine, such as ingestion, inhalation, and injection into the muscles. That has proven to be very dangerous or ineffective.

There are still other ways to administer effective medicine, despite hypodermic needles replacing all those methods.

The invention of antibiotics was very important. It changed the way people treat infectious diseases. Before they often caused deaths.

Since the discovery, antibiotics can treat various bacterial illnesses. They fight against infections like pneumonia or strep throat.

But, researchers are still developing new ways to treat both types of illness. AZT, for example, is being used to treat AIDS through the development of antivirals.

The advent of spectacles made it easier for people to see objects far away without squinting or keeping a book very close to their eyes.

In 1760, James Ayscough started creating lenses that fit in a thin frame. In 1827, Joseph Nicephore Niepce created the first photograph from a glass negative.

This helped increase the demand for eyeglasses because they could now have a permanent image of an object rather than a blurred one.

There was an increase in printed books in 1800. This unearthed myopia cases during which the demand for spectacles increased.

Computed tomography (CT) scanning is a medical imaging method. It uses a computer linked to an X-ray source and a detector and produces cross-sectional images of the body to diagnose medical conditions. Images are created through computations based on X-ray imaging.

This process gives detailed information about tissues and organs. Which you cannot get using regular X-rays or other imaging systems like ultrasound or MRI. They need harmful dyes or radioactivity.

CT scanning can produce cross-sectional images of the body. This provides doctors with more information for clinical analysis. Dr. Geoffrey Housefield won the medicine Noble prize in 1979 for coming up with the idea.

After that, Dr. Raymond V. Damadian furthered the invention of CT scan to MRI. It was with the concept of magnetic resonance.  Differentiating normal and cancerous cells.

MRI is like an X-ray because it gives a picture of the inside of the body. But it also emits radio waves that create different signals when they interact with tissues and bones.

MRI can show pictures of ligaments, tendons, tumors, blood vessels, and the spine. It can also show images of soft tissues that are difficult to see on X-rays.

Pacemakers restore and maintain the right frequency of heartbeats. Through electrical stimulation by transmitting low-energy signals to the heart muscle. They play an important role in cardiac surgery. Such as coronary bypass and valve replacement. These devices also treat rhythm disorders like atrial fibrillation.

All credit goes to Australian scientists Edgar H. Booth and Mark C. Hill. Their crude prototype contributed to the most important medical discoveries in history.

Many patients with heart disease would not be able to live longer than a few hours or days without the invention of the pacemaker.

A prosthesis is an artificial device or body part. It replaces a missing appendage or enhances the abilities of a living being. However, other prosthetics improve someone’s abilities instead of replacing something they have lost.

Patients can wear these devices on the body or by remote control. It is one of the 100 greatest medical discoveries culminating in Bionic prosthetics. Since then, there has been a significant improvement in prosthetics. Including computerized limbs becoming bionic limbs.

Bionic organs give patients mind-controlled limbs. They make everyday tasks far more convenient for the wearer than the vegetative state.

The artificial heart is a device that simulates the function of a real human heart. They have a pump, valves, and oxygenators to keep blood flowing through the body. These devices work in a similar way to a healthy human heart.

Dr. Robert Jarvic made the first permanent artificial heart in 1982. The heart is the most crucial organ. So, apart from other medical interventions, transplants are among the greatest medical breakthroughs in history.

Heart defibrillation has been with us for some decades. But was clinically introduced by Claude Beck. With his breakthrough in defibrillating a young boy’s heart during surgery. The invention of cardiac defibrillators has saved many lives.

People with neurological disorders can now have a sigh of relief. This is after the Catheter King-David S Sheridan invented catheters.

Disposable catheters are usually small tubes with a balloon at the end. The balloons make it easier for doctors to get them inside without the risk of infections. Because they don’t have to remove them after.

3D printing is a quick, cost-effective way to make prosthetic devices. Like hearing aids, braces, and other medical equipment. It doesn’t need large amounts of materials or tooling.

These printers make objects by depositing layer upon layer of material to create the final product.

Molecular breast imaging (or molecular mammography) is a medical imaging technique. It helps diagnose patients with breast cancer early. By finding the tiniest changes in tissue before it becomes visible or palpable.

This allows doctors to offer treatments earlier. This could increase the chance of recovery. Thus, this technique becomes one of the best diagnostic methods. For the early detection of breast cancer.

There is a high possibility of MBI being the sure supplement method. Because of its acceptance and efficacy. The only disadvantage is that it has shown some underperformance in some women.

Medical advances in the last 5 years have contributed to the improvement of the same.

In surgeries, robots can help with complex tasks. Without putting too much stress on a surgeon. Because they have a longer reach and greater precision than a human hand. Lasers are also used during surgeries.

They can easily cut through tissues. And reduce any risk of damaging nearby organs.

Minimally invasive is a type of surgery that avoids making large incisions in the patient’s body. It uses small entry points to operate with tools. Thus minimizing blood loss and recovery time for patients.

This surgery was originally evident in treating bladder lesions with a cystoscope. But has since spread to other types of surgery. Including balloon embolectomy catheter, orthopedic, gynecology, and neurosurgery.

Dialysis is a type of hemodialysis used as an artificial replacement. If they have lost kidney function due to renal failure. It helps the body regulate blood pressure. And remove excess water, salts, and toxins from the blood.

Dr. Willem Kolff in the Netherlands did the first successful human dialysis. It was crude but now more sophisticated and efficient.

An insulin pump is a small machine containing an insulin reservoir. Doctors strap it on the body. It’s used to inject small amounts of insulin into the patient throughout the day. Without taking many injections.

The doctor connects the pump to a glucose meter to monitor the patient’s blood sugar levels. And adjust insulin dosage as needed. This is a medical breakthrough in history that Dr. Arnold Kardish invented.

Additionally, Dean Kamen invented Segway. A wearable infusion pump that made it easier for patients to move around with.

Gene therapy is part of the most interesting medical discoveries over time. Since its success in 1990, there has been a solution to more serious medical conditions. Like hemophilia, heart diseases, and many more.

This type of treatment uses genetic material (usually DNA or RNA). It treats disease by inserting good copies of genes into cells. Which can help fix damaged cells and fight infection.

Researchers worldwide are also looking up to it for cancer treatment.  It enhances the immune system that inhibits molecular processes. These processes help cancer cell growth.

Dr. William House performed the first cochlear implant in 1957. It consisted of a single electrode and was only used on one patient, a deaf woman. His work helped create more advanced prosthetic devices used today’s inner ear damage.

New advancements in medical science and medicine are being made every day. With more than 100 greatest medical discoveries. We have seen an exponential rise in lifesaving procedures and equipment. All geared to prolonging a person’s life.

We’re also seeing novel immunotherapies for cancer and infectious disease being researched by companies like ValoTx which give us hope for a brighter future, where cancer is not a death sentence.

This is not to say that all medical breakthroughs are perfect or infallible. But they have made a profound impact on humanity. We can only hope for more discoveries in years to come. But at least we know what’s possible when enough talented minds work together with one goal. Improving lives and making this world a better place.

We hope this list has given you an insight into the medical breakthroughs that changed the world for good. Do you have any other in mind? Let us know in the comments below. 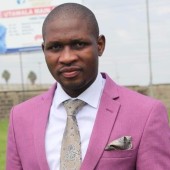 Elisham Mwela is a copywriter and digital marketer with progressive experience. He works hard to make sure his clients are well-informed, educated, and satisfied with the end product. He also has an extensive knowledge of SEO (Surfer-SEO expert), which allows him to help businesses rank higher on Google searches for their products or services. When he’s not writing, he is cycling, drawing, or singing and reading the Bible. 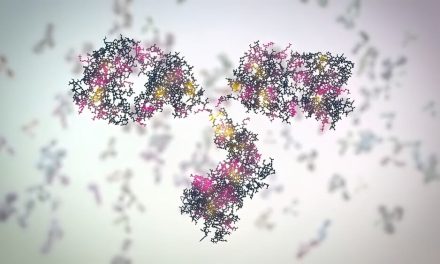 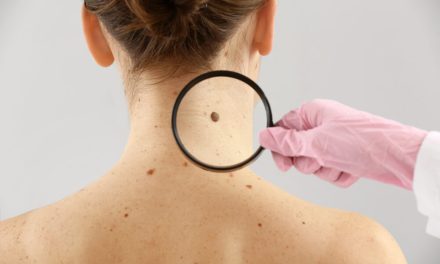 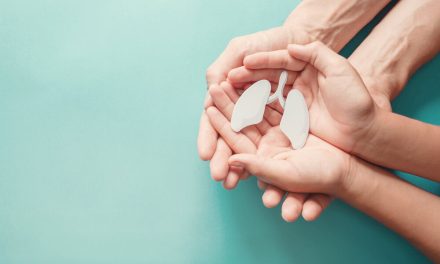 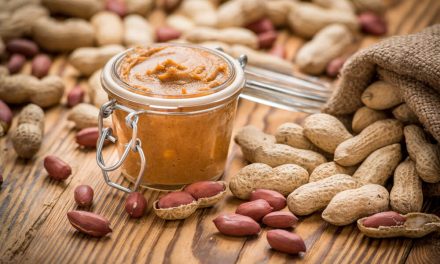